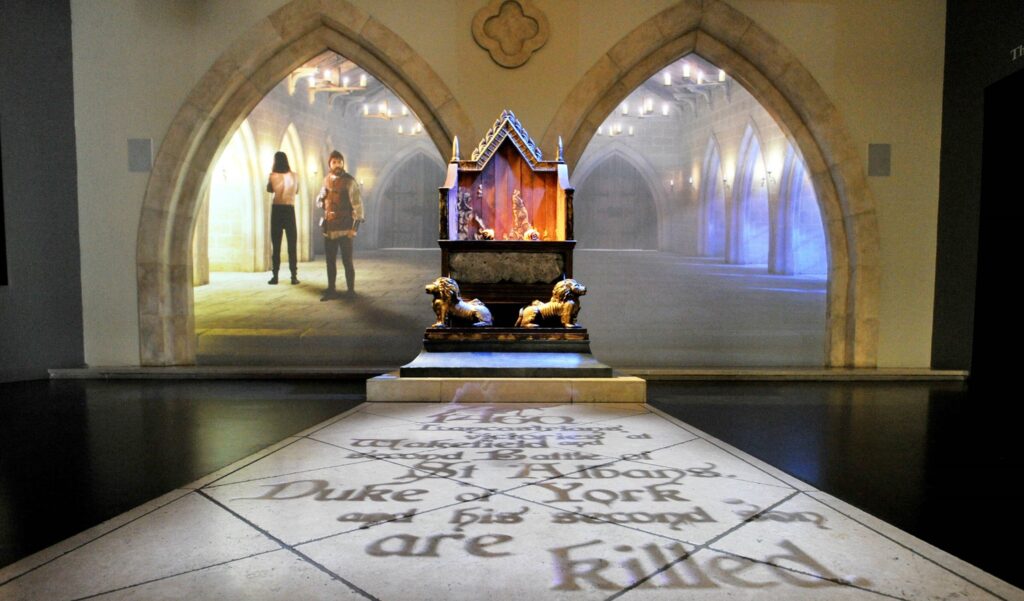 Things to do at King Richard III Visitor Centre review

The King Richard III Visitor Centre is in the heart of the city of Leicester. It is an informative museum that tells the fascinating story of the King and the moving story of his life and death. The centre is relatively new having opened in 2014.

In 2012 remains were discovered in a car park in Leicester. At that time they didn’t know who the remains were. These remains turned out to be those of King Richard III. The council turned a former school into a visitor centre right next to the spot where the remains were found.

Major renovations transformed the former school into a state of the art visitor centre. Using great storytelling, beautiful design and 21st-century technology the centre tells the story of the king. You can get caught in the middle of the Battle of Bosworth, unravel the facts about the War of the Roses and fast forward to the discovery of his remains. You can see the exact spot where the remains were hastily buried over 500 years ago, which is now a glass-floored space. There are some great exhibits here, including a replica of the skeleton, a suit of armour, plus an interactive display where you can discover the identification process.

Please note – Most places may still require you to pre-book online in advance. Some venues also still have certain areas closed for safety reasons. Please check their website and/or social media pages before visiting.

Is there food and drink available?

There is a cafe serving hot and cold food and drink. They recommend the Cathedral gardens opposite the centre for a picnic.

What are the main things to do?

Museum telling the story of the life and death of King Richard II in a former school next to where his remains were discovered. There are toilets and a cafe.

What are the ticket prices?

*Mid-range
*Prices are subject to change and/or discounts online. *Mid-range. An adult ticket costs £9.25, children 5-15 £4.75, under 5s are free. Other pricing options including family tickets are available.

Despite King Richard III being known as the car park king, there is no parking available at the Visitor Centre. There are pay and display car parks close by.

When are they open?

The Visitor Centre is open almost all year round. It is closed on Christmas Eve, Christmas Day and New Year’s Day. For up to date opening times please visit their website.

Only assistance dogs are permitted.

Join in the conversation of find a great day out near you, join us on Facebook and Instagram